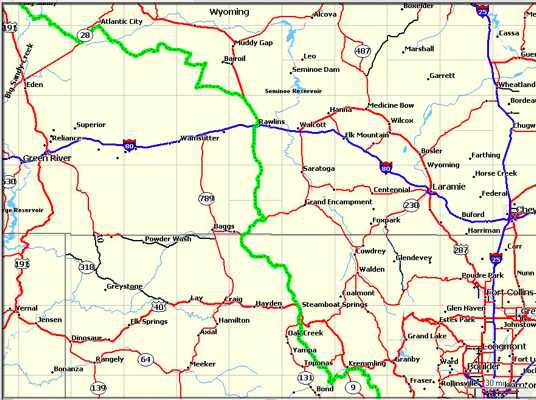 Today was the 10th day of the Great Divide Race and the heavy mileage is beginning to take its toll on some of the riders.  Eight riders have already reached Rawlins, Wyoming which is just under halfway through the race.  John Nobile continues to maintain his impressive showing and was the first rider to reach Silverthorne, Colorado.   At the moment he’s only 8 hours off Jay Petervary’s record and sounds a lot stronger on all his recent call ins than he did a few days back.  It will be very interesting to see if he can continue to make a run at the GDR record.

Geoff Roes was in second place when he reached Steamboat Springs yesterday around four hours after John Nobile, but today his body refused to allow him to continue.  Apparently if he’s not feeling much better tomorrow he’s considering dropping out of the race so hopeful another night of rest will help him get back into his riding groove.  Considering how far ahead of pace Geoff is there’s really no reason he can’t take a couple more days to get himself right so hopefully he won’t make a premature decision to quit the race.  At any rate his situation definitely drives home the difficulty of this race and how quickly things can go wrong when you’re pushing your physical limits on a daily basis.

On the single speed front Spokane racer David Blaine is camped just north of Steamboat Springs and should reach that check point early tomorrow morning.  Fellow single speeder Jenn Hopkins was right with him as of the Rawlins checkpoint at just under 18 day pace and well ahead of Kent Peterson’s 22 day single speed record as well.  It’s looking like those two have a very good shot to set three new GDR records between them since Jenn is on pace to set the women’s race record as well..